This week's question comes from RMa from twitter. They asked, "Who was the dictator in the 20th century who killed the most people?"

Thanks for that extra dark edge to the middle of the week RMa!

When I received this question, three things went through my brain. One: why would anyone, including a historian, want to know about this? Two: did these dictators just command then end of other people's lives or did they actually get their own hands dirty?

Let's first define what a dictator is.

In the Roman republic, a dictator was a temporary magistrate with extraordinary powers. Nominated in times of crisis by a consul, recommended by the Senate, and confirmed by the Comitia Curiata, the dictator's term was six months or the duration of the crisis, and he had authority over all other magistrates. For example, Julius Caesar 9100-44 BCE) were a new form with almost unlimited powers. Caesar became dictator for life just before his assassination; but afterward the office was abolished.

The modern definition from Memrriam-Webster is: a person who rules a country with total authority. Unlike Rome, we often equate dictators with cruel or brutal regimes. But, it is a matter of personal and historical opinion as well. One site claims that Emperor Hirohito was a dictator, as he was responsible for the Nanking Massacre as many other crimes. If you read Hirohito and the Making of Modern Japan you'll get a better idea of the controversy.

Now the main question: how many people died under their rule? It's hard to know actually because dictatorships are good at hiding their tracks, and the bodies. Whatever number we have is still debated and really could be an estimate. Another issue: There's just too many of these guys making a muck of the 20th century, so I will narrow it down to the top four which jump to most people's mind, and the estimate given by the majority of historians with their worst offences: 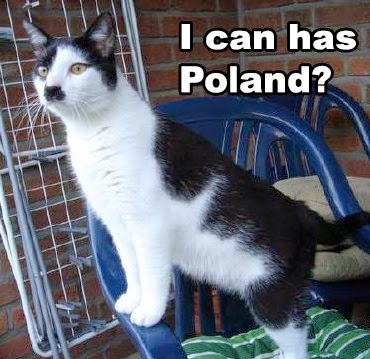 Adolph Hitler  - Holocaust  from 1941 to 1945 - 4 to 17 million. Ex-solider in WWI so did kill people before he took power, was not known for executing people himself.

Mao Zedong - Great Chinese Famine from 1943 to 1976 - 45 million people, 80 during his time in power. Fought the Japanese and Nationalist, so killed then. No accounts of actually killing anyone himself while in power.

Joseph Stalin -  Holodomor and Soviet Famine in the Ukraine from 1932 to 1933 - 8 million then, 40 million during time in power. Killed many before his rise to power, and accounts of poisoning many afterwards.

If we go by pure numbers then, Mao and Stalin are in the lead. Wow. There you go, RMa, a tie. But for a DYI dictator, Pol Pot gets the prize as the biggest dick ever.

There's lots of other dictators of the 20th and into the 21st century. Time Magazine has a very good round up of them that covers some horrible excuses of humanity like Saddam Hussein and Benito Mussolini.


Why would we want to know?

I think it's very key that we never forget what these men (and yes they are all men) were able to do. All jokes aside. Would Hitler have been able to exterminate Jews, Roma, Gays, mentally challenged...basically anyone if he was given permission and sometimes encouraged by others? No. So don't forget for every number up there that was a person, a human who breathed in and out and deserved to live. To forget or ignore it happening is wrong, and enables it to continue.

I think often of an old friend, who fled Cambodia to live in Toronto at the age of 12, after Pol Pot's Khmer Rouge killed her entire family. Now she has her own family but still has the picture of her parents, two brothers, and grandfather on her altar. She can't forget. So why should we?

"He who passively accepts evil is as much involved in it as he who helps to perpetrate it. He who accepts evil without protesting against it is really cooperating with it." Martin Luther King Jr.