She Shoots and She Scores! The History of Women's Soccer


I love watching Women's Football (Soccer) especially cheering for the Women's National Team! They are getting ready for the Olympics in Rio. The team won a bronze in 2012 and I'm hoping for even better next time as the coach is very good:


"Canadian women's soccer coach John Herdman has summoned the heart of his World Cup team along with an injection of youth for his first camp on the road to Rio. Herdman's roster includes captain Christine Sinclair and fellow World Cup veterans Erin McLeod, Rhian Wilkinson, Allysha Chapman, Diana Matheson, Sophie Schmidt and Melissa Tancredi..."It's an exciting group we've brought together." Herdman said Sunday from Vancouver. "I really do hope we can find some of the quality that we are going to need to get on the Olympic (podium)."
It's been a real hard slog for the ladies in soccer though. Their history is marked by extreme prejudice and male-domination over their actions. Despite that, the ladies love the sport and have stayed strong over the 100 plus years of playing.
In the early 20th century, women were playing the game seriously in different parts of  the US, Great Britain, France and Canada. The picture above is a college competitive team picture from Hawaii. (Educated and playing soccer? Wow they must have pissed a lot of old white dudes off) Some facts point that in Central Europe, competitive soccer was not uncommon. Such games were often played without compliance with the civil and church authorities.


One of the popular records of the game comes from Boxing Day in 1920, at Goodison Park in Liverpool. A spectacular game took place on England’s biggest soccer ground where Dick, Kerr Ladies played with a Lancashire team called St. Helen Ladies in front of a crowd of 53,000 people. It is noted that more than ten thousand fans had to be locked out when the ground became fully occupied.


However, the men in power did not like it.
The crowd size on that day was seen as a major threat at the headquarters of Football Association in London. Also many men complained that it was "distasteful" for women to play. In 1921, the influential central body of the game set a ban on women for playing soccer for an incredible period of 50 years. The repercussions could be seen immediately as this decision crippled women soccer players in a few countries. However, Italy and France established women’s leagues in early 1930s. Women continued to play soccer despite the bans across the world as amatures. The Dick, Kerr Ladies FC continued to play.
After the war, the graph took an upward turn with Italy establishing its national association in 1950 and Germany organizing the first informal women European championship in 1957. Northern European countries were also part of the development, especially Norway and Sweden. Even though most countries had women’s teams, it wasn’t until 1971 that the ban was lifted in England and women could play on the same fields as the men.

A year after the ban was lifted, women’s soccer in America became more popular due to Title IX. Title IX required that equal funding was given to men’s and women’s sports in colleges. The new law meant that more women could go to college with a sports scholarship, and as a result, it meant that women’s soccer was becoming a more common sport at colleges all over the United States.Surprisingly, it wasn’t until the 1996 Olympics in Atlanta that women’s soccer was an Olympic event. At that Olympic Games there were only 40 events for women and double the amount of men participants as there were women.

One massive step forward for women’s soccer was the first Women’s World Cup, which is a soccer tournament that has teams from all over the world play each other. This first tournament was held in China on November 16-30, 1991. Dr. Hao Joao Havelange, the president of the Fédération Internationale de Football Association (FIFA) during that time, was the person that initiated the first Women’s World Cup, and because of that first World Cup, the United States created a name for itself in women’s soccer.


Overall, the 1960s, 1970s and 1980s were years of enormous success for Canadian women in sports. The 1960s and 1970s witnessed the emergence of the “women’s liberation” movement in North America. Women increasingly fought restrictions in all areas of life, including sports. Plaintiffs brought sex-discrimination cases to court, arguing that girls should be allowed to play in games, and on teams, that were traditionally reserved for boys. In 1981, feminist athletes and activists established the Canadian
Association for the Advancement of Women and Sport (CAAWS).

It was Canada Day, July 1, 1986, when the Canadian Soccer Association brought together 20 players to make up the first women's national team. The squad had three days in Winnipeg to get to know each other and sort out strategy before embarking on a day-long bus ride to Blaine, Minn., to face the U.S. in their first game.

But sexism reigns still in soccer and in women's sports. Despite the success of women in all types of sport, female athletes are still judged to some degree on their physical attractiveness. Another challenge facing female (and male) athletes is that of homophobia, which continues to persist in the world of sports. There has long been paranoia about homosexuality in women’s sports, and many female athletes and teams have taken pains to emphasize their heterosexuality and femininity in response to societal fears about masculine women athletes. Few gay athletes have felt comfortable revealing their sexuality while in active competition. However, in September 2013 Olympic speed skater Anastasia Bucsis stated publicly to the Globe and Mail that she was “proud to be gay”; her statement may be a sign that the Canadian sporting world is becoming more inclusive.
Posted by Unknown at 16:59 No comments:

25 Years of Burma's Slog to Democracy


Hello all! After a brief respite and working on contracts, I'm back looking at the history in current events through my own slightly fractured abnormal lenses. 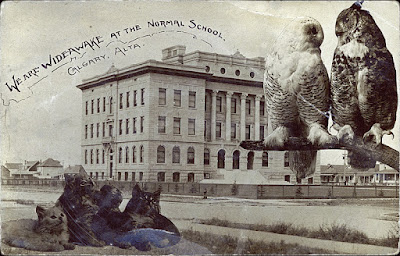 This week in world events, something is happening I never thought I would see: Burma opposition leader Aung San Suu Kyi's party said Monday that it had won 56 of the 57 parliamentary seats from Burma's  main city of Rangoon, a result that portends a massive sweep in historic elections that could eventually give it the presidency next year.

CBC reports that "the National League for Democracy announced that it had won 44 of the 45 lower house seats and all 12 of the upper house seats from Rangoon, a party stronghold, in Sunday's general election. It also won 87 of the 90 seats in the Rangoon state legislature. Elections for regional parliaments were held simultaneously."

About 30 million people are eligible to vote for more than 90 parties that are contesting. The main fight is between the National League for Democracy, led by Nobel Peace laureate Aung, and the ruling Union Solidarity Development Party, made up largely of former junta members. A host of other parties from ethnic minorities, who form 40 percent of the country's 52 million people, are also running.

And why we should give two owls about this?

As usual, history has screwed Burma so much, and these people deserve the chance to finally have the rights we do. In other words, freedom in all forms, including forking up their own country and not someone else always doing it to them. They may finally be freeing itself from the stranglehold of the military, which ruled the country for a half-century until 2011.

Hang on to your hats: the primer on Burma's "Highlights of History" are here! Remember kids, everyone dies, horribly. So don't say I didn't warn you.

The double tap of Mongols and British Rule


Way back in 1057,King Anawrahta founds the first unified Myanmar state at Pagan and adopts Theravada Buddhism. But nothing was untouched by the Mongols anywhere: in the late 1280s they conquered Pagan and ran it till 1531, when the nation of Burma was formed. And like the Mongols, things get crazy when the British show up. From 1824-26 the First Anglo-Burmese war ends with the Treaty of Yandabo, according to which Burma ceded the Arakan coastal strip, between Chittagong and Cape Negrais, to British India. They took the rest in 1852 as Britain annexes lower Burma, including Rangoon, following the second Anglo-Burmese war. Burma becomes a province then a crown colony of Britain.

During WWII, the Japanese tried to copy the Mongols (that whole militarism thing) and Britain (the whole colonialism thing) and take Burma. The Burmese people rose up and were ‘liberated’ by the British. Aung San and six members of his interim government were assassinated by political opponents led by U Saw, a nationalist rival of Aung San's. U Nu, foreign minister in Ba Maw's government, which ruled Burma during the Japanese occupation, asked to head the AFPFL and the government. England now looks at the chaos of what they have partly been responsible for and as per usual, fork off. Burma gets independence in 1948.


And now the infighting starts….


In 1960 U Nu's party faction wins decisive victory in elections, but his promotion of Buddhism as the state religion and his tolerance of separatism angers the military. U Nu's faction ousted in military coup led by Gen Ne Win, who abolishes the federal system and inaugurates "the Burmese Way to Socialism" - nationalising the economy, forming a single-party state with the Socialist Programme Party as the sole political party, and banning independent newspapers. Many minority groups begin their fight against the government including the Shan, who up till very recently were still kick can all over the place.


NLD leader Aung San Suu Kyi, the daughter of Aung San, is put under house arrest for her whole “I like democracy” button collection. After years of absolute bull-crap including multiple arrests, and no chance of seeing her dying British husband in the UK unless she concedes to these right wing nut jobs in uniform, Aung finally gets out in 2002. However, not all is rosy in the country as activists are continually arrested including Buddhist monks, who are not down with the whole “Do what I say or I’ll kill you deal” they keep getting.

Finally, it takes a fucking cyclone to get the government to move towards democracy. Cyclone Nargis hits in 2008. Some estimates put the death toll as high as 134,000. Referendum on new constitution proceeds amid humanitarian crisis following cyclone. Government says 92% voted in favour of draft constitution and insists it can cope with cyclone aftermath without foreign help. After a few more deaths – like 1000s – and more house arrests, the Banana Republic of Asia Called Myamar finally gets a break. In 2011, pro-democracy leader Aung says she will stand for election to parliament, as her party rejoins the political process. Myanmar abolishes pre-publication media censorship. The hard liners are either dead or removed from power.

This does not mean things are going to be ok: these people lived through civil war, famine and death, a military run government with no freedoms, and they seriously have a country to re-build. But at least now they have hope.